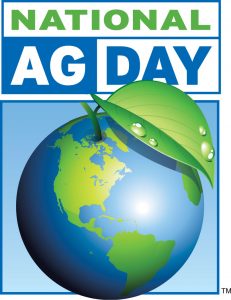 High school students across the United States are encouraged to share their views about agriculture’s role in a growing world through the 2018 National Ag Day Essay Contest.

The contest deadline is January 31. This year’s theme is “How Will Agriculture Feed the World?” The contest, organized through Agriculture Council of America (ACA), is divided into two categories: the written essay contest and the video essay contest. Both are national competitions and there will be one winner for each category. END_OF_DOCUMENT_TOKEN_TO_BE_REPLACED

The U.S. House and Senate have passed the Tax Cuts and Jobs Act, and the President has signed it, which repeals the IRS Section 199 Domestic Production Activities Deduction (DPAD), effective Dec. 31, 2017. As a result of this pending change, CHS will share fiscal 2017 DPAD allocations with eligible owners by Dec. 31, 2017. END_OF_DOCUMENT_TOKEN_TO_BE_REPLACED

With a pledge and priority to strengthen relationships in 2018, CHS kicked off its annual cooperative meeting in Minneapolis, Minn., on Dec. 7. The two-day annual meeting was filled with networking, educational sessions, board and management reports, and director elections.

“Strengthen and grow: These words represent so much more than an annual meeting theme. This is a priority that we have. It captures how we will operate our company moving forward,” said CHS Board Chairman Dan Schurr, an Iowa farmer, during the general session.

With approximately 2,200 owners in attendance, Jay Debertin, CHS president and CEO, promised that strengthen and grow, which has been a focus of CHS for 85 years, will continue to be the cooperative’s focus for a long time to come – just as it has been the driving force behind local cooperatives.

The business meeting featured regional caucuses; board, financial and management reports; and company governance with an open question-and-answer session.

In conjunction with the 2017 CHS Annual Meeting, 110 young producers, nominated by cooperative partners in 11 states, attended the CHS New Leaders Forum. Both crop and livestock operations were represented with nearly half (44 percent) managing more than 2,000 acres. Two participants already serve on local cooperative boards and 85 percent of the others expressed interest in serving on a local board in the future.

CHS New Leader Forum participants had the opportunity to network with other future ag leaders, learn about and practice strategies for effective leadership and communication, and learn more about CHS and related businesses.

CHS owners elected farmers from Illinois, Minnesota and Washington, and re-elected five other farmers to serve terms as directors of the CHS Board. CHS directors must be full-time farmers or ranchers to be eligible for election to the 17-member board.

Newly elected Director Scott Cordes of Wanamingo, Minn., succeeds Curt Eischens of Minneota, Minn., who had served on the board since 1990. With his brother and nephew, Cordes operates a 1,000-acre corn and soybean farm. He received his bachelor’s degree in agricultural economics from the University of Minnesota and previously served as the president of CHS Hedging.

Newly elected Director Tracy Jones of Kirkland, Ill., succeeds Greg Kruger of Eleva, Wis., who had served on the board since 2008. Jones, who operates a corn, soybean and wheat farm, and also finishes 1,400 head of feedlot cattle annually, has been chairman of the CHS Elburn Producer Board since 2011.

Following the annual meeting, the CHS Board re-elected Schurr to a one-year term as chairman. Other directors selected as officers for 2018 were:

A farmer standing in their field surrounded by the sights and smells of a spring rain. An agronomist analyzing a seeding recommendation. The grain merchandizer settling into a Monday morning at your local cooperative. The animal nutrition specialist you trust to provide the right feed for your animals. Now pause and visualize these people. Who are you picturing?

If you are picturing men in these roles, you are likely experiencing unconscious bias. Humans are only able to consciously process a fraction of the information we receive every second, so out of necessity, our brains have developed the incredible ability to unconsciously process thousands of pieces of information in an instant. While this is invaluable when assessing the threat of a lion in the brush (spoiler: very high), it can cause us to fall prey to biases when envisioning tasks or roles such as those mentioned earlier.

As women are obtaining more degrees in areas related to animals, animal behaviors, entomology, botany, plant sciences, and environmental sciences compared to men, the implications on the “typical candidate” will be significant. It is worth noting that these degrees are considered STEM (science, technology, engineering, and mathematics) degrees. Women have historically been underrepresented in STEM degrees, and agriculture is a leading area of growth on that front.

Unfortunately, the gains in education are not as well represented in the working world. The United States Department of Labor reports that women represented 47% of the workforce in 2016. Which remains relatively unchanged from the last 20 years. When we look at agribusinesses and local agricultural cooperatives, the percentage of women in the workforces drop to 32% and 22% respectively.

So where does that leave us? We have a growing number of qualified candidates, and yet a top 5 challenge identified by agribusiness leadership is the availability of qualified talent. How do we bridge this gap? A great place to start is for both sides to begin watching out for their biases, and working proactively to compensate for them. This simple change will help expand a talent pool that is perceived to be constrained, and increase career opportunities for members of your local community.

This article was originally published on AgCareers.com.

Nitrogen management is critical for growing healthy corn and farmers are sensitive to their role in helping build a more sustainable world. They are faced with the often-daunting question of whether fertilizer applications can be both profitable and sustainable. Often, the delicate balancing act begins with the decision of whether to apply N in fall or hold off until spring.

BMPs and the 4Rs

Corn producers understand there is no blanket practice. There is, however, a disciplined application approach that has long proven effective.

“When we talk about sustainability in agriculture, specifically as it relates to nutrient management, it really goes back to a foundation of best management practices (BMPs) in conjunction with the Fertilizer Institute’s 4R Program,” says Eric Scherder, field scientist, Ph.D., Dow AgroSciences, from Huxley, Iowa. “We can address some of the challenges we’re facing with nitrogen leaching and surface application runoff more effectively using this approach.”

As most growers are aware, the 4R program is a concept to help them select the right fertilizer source at the right rate, at the right time, with the right placement. While source, rate and placement are important, often the most scrutinized decision — both from an economic and sustainability standpoint — is timing. END_OF_DOCUMENT_TOKEN_TO_BE_REPLACED

At its September meeting, the CHS Board of Directors made a number of decisions regarding equity management. The following letter from CHS Board Chairman Dan Schurr outlines these decisions:

CHS was built on the shared values of managing our business with the highest integrity, building lasting and mutually rewarding relationships, and partnering for our collective success.

These values guide every decision your CHS Board of Directors makes on your behalf. Thanks to the dedication and hard work of those owners and employees that came before us, CHS is a cooperative that’s been built for the long haul. Your Board of Directors will ensure that tradition continues. It’s with this spirit that we share recent Board decisions around equity management.

Despite solid performance in our core businesses, a few large events have resulted in substantial fiscal 2017 financial losses in certain patronage-based businesses. These events included a loss attributed to a large producer loan and business unit asset impairments in the United States.

These decisions were not made lightly and came after much discussion and assessment about how best to serve CHS and all of our owners for the long term.

While CHS experienced a challenging year, we are taking necessary steps to restore financial flexibility and minimize operational risk to ensure a strong future for our owners.

Your CHS Board of Directors remains committed to serving you. Your continued business is vital to the strength and growth of CHS, and is greatly valued. If you have questions specific to your equity, please feel free to contact CHS Patron Equities at 800-328-6539, ext. 6124. 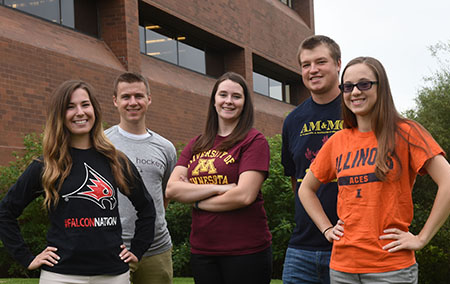 The CHS Foundation, funded by charitable gifts from CHS Inc., is committed to developing the next generation of leaders in agriculture. As part of the foundation’s work centered on advancing agriculture education, it has awarded scholarships to 14 Minnesota high school graduates. The Minnesota students are among 100 students representing 23 states and Canada. Each will receive a $1,000 scholarship to cover expenses associated with their freshman year of college.

“The success of our hometown communities and rural America depends on students with a strong interest in agriculture to pursue ag-focused degrees and be the innovators to feed the world into the future,” says Nanci Lilja, president, CHS Foundation. “We’re pleased to recognize these students with scholarships and join their communities in looking forward to the important contributions they’ll make to the ag industry.”

These Minnesota high school students are among the 2017 CHS scholarship winners:

An independent, external committee selected recipients based on their career goals, essays, extracurricular involvement, transcripts and reference letters.  In addition to high school scholarships, the CHS Foundation funds an additional 200 scholarships for students enrolled in an agricultural-related program at colleges across the country.  These scholarships range from $1,000 to $2,000 and are directly administered by more than 30 CHS partner schools.  Click here for more information.

About the CHS Foundation

The CHS Foundation is funded by charitable gifts from CHS Inc., the nation’s leading farmer-owned cooperative and a global energy, grains and foods company. As a part of the CHS stewardship focus, the CHS Foundation supports organizations that develop future leaders for agriculture through education and leadership programs, improve agricultural safety and enhance community vitality in rural America. Learn more at chsinc.com/stewardship.

SAVE THE DATE! We hope you can join us on August 23 at the CHS Learning Center! Give us a call with any questions at our Grand Meadow office at 507-754-5125. 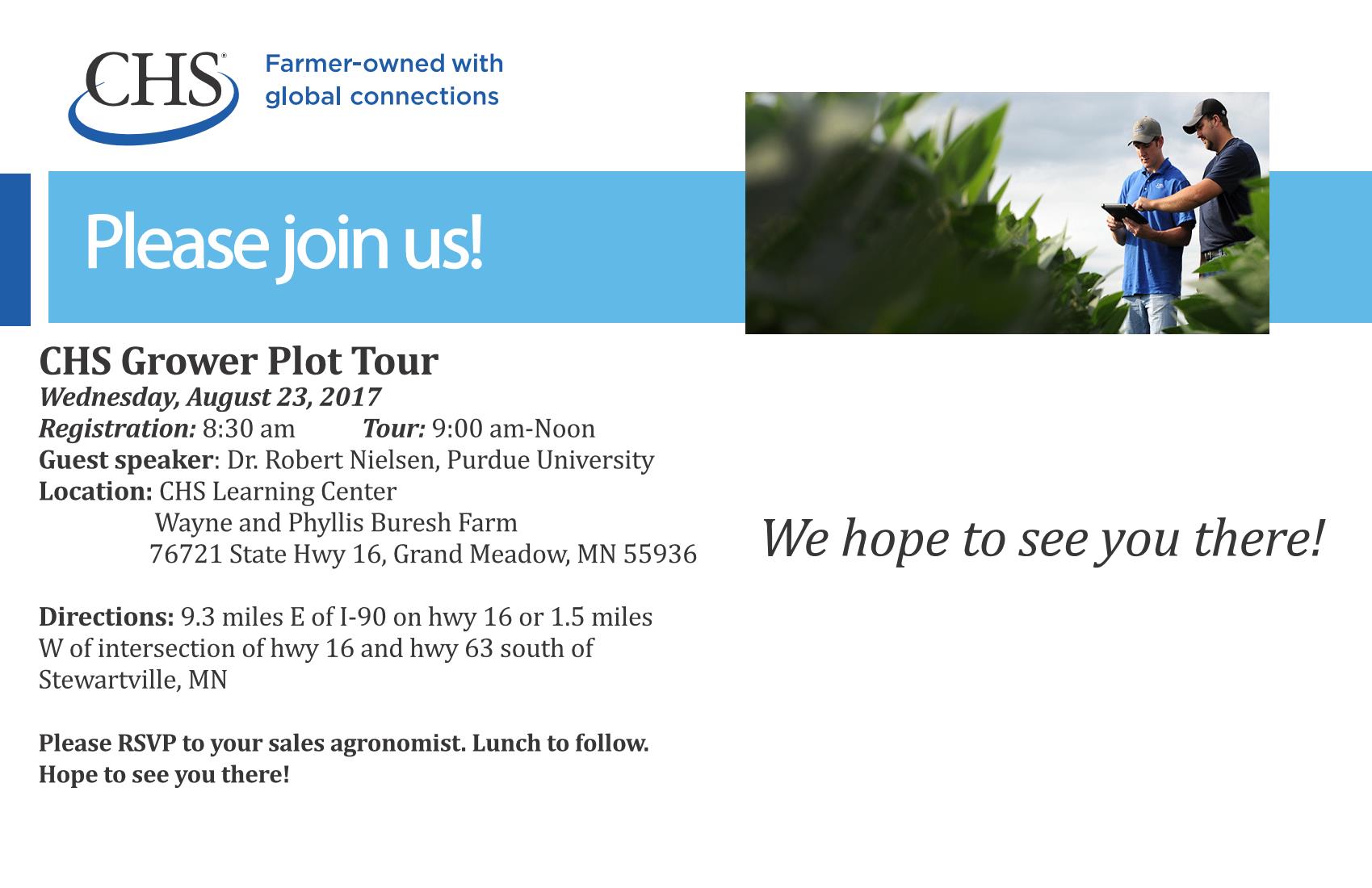 We apologize for any inconvenience this may cause you. This decision, however, may have a positive effect for the community. The City of St. Charles is acquiring our parcel of land where the Cardtrol is located as part of the MnDOT Safe Routes to School grant program. As you know, safety is always a priority for CHS and that includes safety of our children as they walk or bicycle to school.

For your convenience, you can always find the locations of our other Cenex convenience stores and Cardtrols in the area on our website (www.chsrochester.) Learn more about the grant and plans for St. Charles here http://www.winonapost.com/News/County/ArticleID/48640/Safer-streets-sidewalks-for-St-Charles

Reminder: Payments to CHS due by 20th of the month. Learn more