For those of you who haven’t seen the numbers, Tuesday’s USDA report was surprisingly bearish, yet again.  Yields and production for both corn and soybeans were raised again this month.  Just like last month, the market was expecting a friendly report with lower yields based on less than stellar crop conditions.  Unfortunately, with the market caught leaning the wrong way, we saw a rather dramatic collapse after the report.  At the end of the day, both commodities managed to recover some of the initial loses with corn closing down six and beans down nine.  One of the key points from the report yesterday, the USDA numbers may not be right now but the potential for corn yield to drop dramatically, is diminishing.  Until a new source or huge increase in demand shows up, corn prices are going to struggle.

Harvest is starting to progress through the corn belt with some local activity reported in isolated areas.  In our trade territory it seems beans are anywhere from 10 days to three weeks away from maturity.  Corn will need all the time it can have to finish.  This week’s heat should help the process immensely.  So far the end users have not shown any signs of being concerned over a late harvest start.  Bean plants are still showing a mild inverse for quick ship bushels, but nothing as dramatic as seen in years past.  The bigger carries are shown from October to November at the river terminals.  If you have the ability to hold beans for even a couple of weeks until corn harvest starts, at this point it appears the market will compensate you for the extra handle.  The ethanol plants are still showing significant carry from spot delivery to October.

Mixed trade to start the week.  Corn was fractionally higher while beans settled down two cents.  The market is waiting with bated breath for tomorrow’s USDA monthly Crop Production and Supply & Demand reports.  The market is looking for lower yields in both corn and beans.  Traditionally the September report wouldn’t be considered a major report, however with the surprising yields reported in August, there may be more attention paid to the numbers tomorrow than normal.  Look for sideways trade until the numbers are released.  Post-report, the market will initially trade the number as printed, but it won’t take long for the market to realize we need more concert yield evidence to determine price direction going forward.  With the Corn Belt weather fairly conducive to finishing the crop, we may not have to wait long, combines are already rumored to be running in southern Illinois.  As the rigs, and yield reports, creep north, we will start to have a better handle on what we will have to work with for the next twelve months.

Looking ahead, ProAdvantage contracts will be completed this Friday.  If you haven’t already locked a basis value for those futures, there is still time.  Depending on your cash needs, it may also be beneficial to roll the futures to July of next year while the carry is still at or near $0.26.  This roll can be locked in even before the Friday completion of the ProAdvantage contract.  Give us a call if you would like to set some price or roll targets.  We can also get started with bushels for next year as well.

Mixed markets to start the new month and new market year.  Corn had a solid performance on Thursday but failed to follow through today.  One year ago yesterday, 8/31/16 was the low for December corn which provided just enough chatter and just enough of a reason for a short-covering rally.  Whether or not the lows from yesterday hold remains to be seen.  There is a long way to go before we get deep into harvest and have a solid feel for production potential.  Beans were able to rally to end the week, closing higher for the third week in a row.  New export sales announced this helped support the market.

Going forward, the market is still trying to estimate production potential in the US for this year.  Some private analysts have started releasing their yield guesses this week, ahead of the USDA on September 12.  If you remember, the USDA last gave us a 169.5 corn yield but the market has generally been trading something closer to 166 to 167.  The first look this week showed a range of 166.7 to 169.2.  Some are starting to think the Feds might not be too far off which could limit the upside potential on corn.  Bean estimates have also slowly increased with some estimates coming in better than 49 bushels per acre.  While this would probably pressure the markets as well, demand has been steady enough to give the market some hope.

Further confounding the grain markets are some very early looks at the acreage mix for 2018.  Here in the US one survey shows intended corn acres to be up something close two million acres while bean acres are projected to drop roughly the same.  The first look at South American acreage shows bean acreage will likely drop as well.  Yes, these are very EARLY estimates and are very likely to change between now and then, but they are factors to keep in mind as we evaluate marketing opportunities for both old and new crop.

Beyond the board, basis values have continued to very slowly improve.  The dramatic drop in futures through the last half of August brought cash selling to a hard stop.  As a result end-users were forced to slowly improve basis to keep grain moving and maintain ownership for production.  Supplies are still are plentiful nearby, keeping a significant carry in the market from old crop to new crop.  This is something to keep in mind for those who still have old crop grain left to unpriced.  With our harvest seemingly two to three weeks behind normal, there could be opportunity to contract old crop grain for early October shipment at new crop prices.  Of course, this opportunity could be short lived, and some nearby bids could even improve enough eliminate that carry.  Be alert and ready to pull the trigger for the right opportunity. 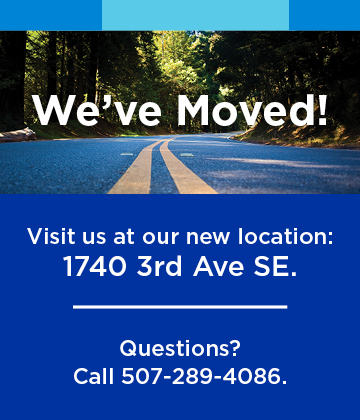